In looking back at the changes made to Facebook fan pages in the past year, you’ll quickly see how the challenges facing business owners using Facebook as a main driver of their social presence – and in some cases, of their entire business – have piled high.

Pre-existing challenges like Facebook’s EdgeRank algorithm and the fact that the higher your number of fans, the lower your % reach becomes, keeps the number of hurdles growing. I’m not sure why Facebook wants us to pay for LIKE ads to grow our number of fans…to then turn around and show fewer of the fans we paid for, our updates. I could make a strong case that if you want to pay Facebook, you’d be better off growing your fan count organically, and paying *only* to promote a post (and never for LIKE ads). 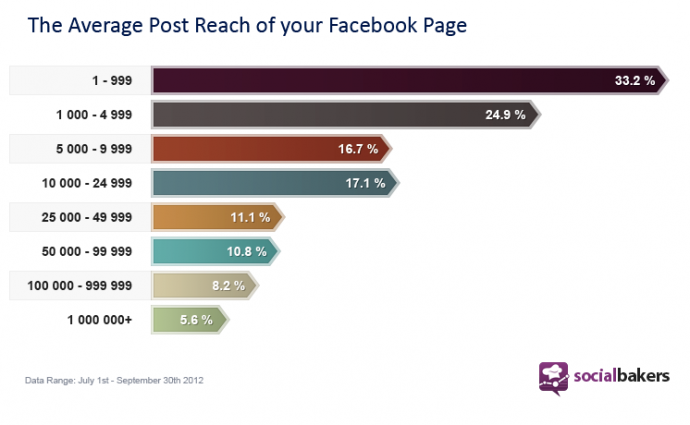 Some articles I’ve read regarding Facebook making it more and more difficult for business owners to have a thriving fan page state that they aren’t too upset over the increasing challenges because – hey – it’s a free tool. I agree with that point, but only to a degree. What makes Facebook the social media behemoth that it is, is it’s users. If Facebook was sitting down at 3rd, 4th or 5th place in terms of number of users, do you think it would have instituted the same changes as it did this past year? I, for one, don’t think it would have. I very much believe that Facebook thinks it’s untouchable. And I also very much believe that Facebook can and will push its users so far that a decline in usage and number of users will occur.