Why Fake Social Proof can Damage your Reputation

Fake it ’til you make it.

The notion that we are better, prettier and more important if we have MORE of something is prevalent in just about every aspect of life. In the social media realm, this rule seems to also apply. But one way that social media differs from most everything else is that you can pretty easily create the false impression that you in fact have more, even though you actually do not.

Why Fake Social Media Followers can Damage your Reputation

Buying fake social media followers is not a new thing. Luckily, it is not a widely-practiced behavior either. But for those who are desperate enough to want to create the appearance of prestige and “social proof”, all they need to do is open their pocketbooks and keep their fingers crossed they don’t get caught!

(Note: Purchasing fake followers is against most if not all social media platforms’ Terms of Service)

How do I know he did that?

Then he turned around and unfollowed a bunch of people, leaving just a few hundred that he currently follows.

Anyone who has been around Twitter for any length of time knows that you don’t have Following/Follower ratios like he does without being some sort of legitimate Twitter celebrity (at least in your niche). And it’s that appearance of “celebrity” and importance that he is trying to achieve by buying his fake Twitter followers, then dumping most of those he follows back.

I was recently contacted by a friend who asked me to take a look at a suspicious Facebook trend she noticed with a local business. This business exists in a town of just 39,000. The numbers below speak for themselves. 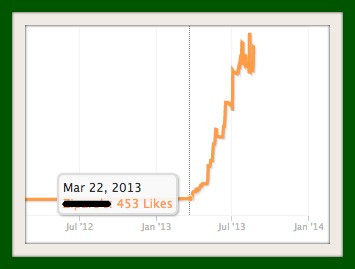 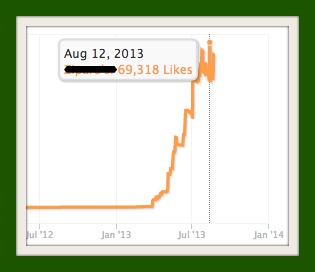 Here’s a look at their entire Facebook Fan Page existence:

This business has gone so far as to advertise their number of LIKEs on their website and in their store, claiming they are the most loved business of their type in the United States on Facebook.

Remember: Your social proof is out there, for good or bad. So just don’t do it.