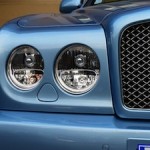 You’ve likely seen one or two of those videos that have been (ironically) circulating on social media in recent months that attempt to examine our social circles and the number of friends any one person can have. The videos usually go on to attempt to build the argument that social media actually hurts our ability and effectiveness to be social human beings, that we aren’t making a point to have real human interactions because of social media, and that we try to create a false, idealistic view of what our every day lives are like in order to present our lives in a very perfect, Stepford Wives sort of way.

Whenever one of these videos is making the rounds, inevitably I’m either tagged in an update or receive a message from a friend who only uses social media casual purposes. They are curious to hear my thoughts on the videos’ claims. I always tell them that I disagree with these videos and the hypotheses they are claiming to prove based on 2 things:

No matter how fancy the infographics or potentially damning any given specific statistic is supposed to be perceived by the viewer, one underlying commonality with these videos is the unspoken assertion that we are somehow incapable of having real life communications with our friends and family simply because we use social media. These videos cleverly position their data in such a way that you finish watching, you find yourself wondering when was the last time you spoke with (insert friend).

We can’t and shouldn’t blame technology for something each and every one of us can choose to put forth the effort to do.

The way we communicate has evolved (When is the last time you wrote or received a hand-written letter? How often do you read the printed newspaper anymore?). How we live our lives has changed. My parents’ generation grew up living within walking distance – often on the same street – as aunts, uncles, cousins, and grandparents. But how many of us grew up in that same environment, or are raising our kids like that right now?

You’ll never be able to convince me that the changing landscape of our lives somehow make us lonely and victims of advancing technologies.

The evolution of communication and relationships are changing just like they already have in so many ways the during decades before the invention of Facebook.

I, for one, maintain contact with many more people than I otherwise would have been able to because of social media. In fact, there are several people who I communicate with more regularly now than I did while I was in high school or college, thanks to Facebook. Just a couple weeks ago, I mailed a couple drapes and a lamp that we don’t use anymore to a girl who I went to high school with. Jennifer and I knew each other then, but communicate much more often now (via Facebook) than we did in high school. We live several states apart and it turns out she could use the old kiddie bedroom items I had for her daughter’s new bedroom.

So then Fakebooking is the big problem?

Fakebooking – or the purposeful act of posting status updates that make your life appear to be more fabulous than it actually is – does happen. There’s no question there. But does social media actually make a person who wouldn’t otherwise act like that, want to post pretend things about their lives?

I find that highly doubtful.

There have always been and will always be people who are concerned about what everyone else thinks. Social media doesn’t change that. And social media isn’t going to make a person who isn’t already like that to suddenly become like that. The notion that people buy nice cars, move to a more upscale town, purchase certain brands of clothing, or dine at the trendiest of restaurants in order to feel better about themselves or due to an insecurity that they want to show the world they are happy/successful/fashionable, etc. has been present in our society for generations (all the way back to 1913 in fact). Just because this facade is now being done online vs off doesn’t mean that there’s anything new about it.

People are people. All their strengths, weaknesses, fears, anxieties, triumphs, and insecurities (or lack thereof) don’t change simply because they have a Facebook account. Don’t let these viral-wannabe videos make you think otherwise.

Now go make a lunch date with your best friend just to prove those haters wrong.